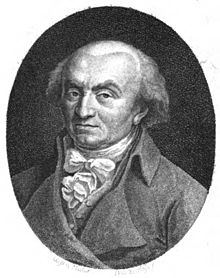 Edme Mentelle (1730-1815) was a French professor of geography and history, first at the Ecole Militaire and later the Ecole Normale. According to Lewis Spence[259.38], Mentelle in Encyclopédie méthodique: Géographie ancienne,[1324.v1.258], supported the idea of Atlantis being located on the ‘Atlantic Islands’, presumably the Canaries and/or Azores.