Denis Saurat (1890-1958) was born in Toulouse and educated in Britain and France. He was a professor of French literature and lectured in both countries. He also had a lifelong interest in the occult among a wide range of subjects. One of his conclusi 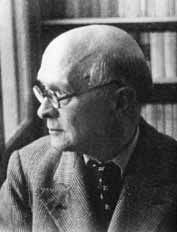 ons was that the worldwide megalithic remains of prehistory are evidence for the existence of a race of giants in our dim and distant past. His books[536][537] discuss this idea in detail including supporting hints from the Bible and then link the entire concept with Plato’s story of Atlantis. Saurat also suggested that the use of electricity in ancient Egypt produced gleaming eyes in the statues of Isis in her temples.

Unfortunately Saurat also seems to have borrowed many of the exotic concepts of Hans Hoerbiger such as a succession of moons crashing to earth. Saurat has added little to the solution of the Atlantis mystery.

He suggests two Atlantises, one about 30,000 years ago in the Andes around Lake Titicaca and the second 12,000 years ago described by Plato.  Fortunately, Saurat is not arrogant and so in recognition of how scientific advances have a way of destroying previously held ‘certainties’, he admits in his summation (p118) that “despite all the evidence marshalled in this book, at no point can we say that we are absolutely sure.”

A further book[538] deals with the religion of the giants.

In 2003 the Canadian author, John Robert Colombo published a biography of Saurat[626].