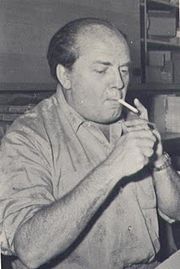 Committee in France during WWII which resulted in being sentenced to death at the end of the war. Fortunately he was pardoned and went on to become a writer, filmmaker and diver. His diving took him all over the world and he finally concluded that Atlantis had been located in the Atlantic in his 1964 book[0721].