Kingdon Tregosse Frost (1877-1914) was born in Cornwall and educated at Oxford. He worked in Egypt with the renowned Sir Flinders Petrie from 1904 to 1905. From 1909 was a professor of history at Queen’s University, Belfast, in fact he was the first lecturer in archaeology at that university. He is best known as the author of an anonymous article entitled The Lost Continent in The Times (of London) 12/2/1909* where he outlined the parallels between Atlantis and the Minoan empire. Pierre Vidal-Naquet includes the text of Frost’s newspaper article as an appendix in his book The Atlantis Story[581].

This article was followed up four years later in a more formal publication[304] where Frost admitted to his authorship of the original newspaper article although he incorrectly dated it as 19th January 1909. He argued forcefully against those sceptical of the Atlantis story in particular Benjamin Jowett.

Frost considered Plato’s Atlantis to be a typical mixture of pure fact and myth describing an actual historical occurrence. He highlighted to the apparently related bull cults in both societies. Frost was probably the first to publicly articulate the possibility of Atlantis being east of the Pillars of Heracles rather than west, so that from an Egyptian perspective it was “in front of the Pillars”. He also questioned the 9,000 years stated by Plato as the date for Atlantis’ demise prior to Solon’s visit to Sais.

Unfortunately, the Theran eruption of the same period was unknown to Frost, consequently he concentrated on a political explanation for the disappearance of Atlantis and so his conclusion was to blame the Mycenaean invasion of Crete .

Sadly, Frost, like so many other talented young men, died in the First World War, although it was not until 1994 that his grave was finally identified in Wiheries cemetery in Belgium. 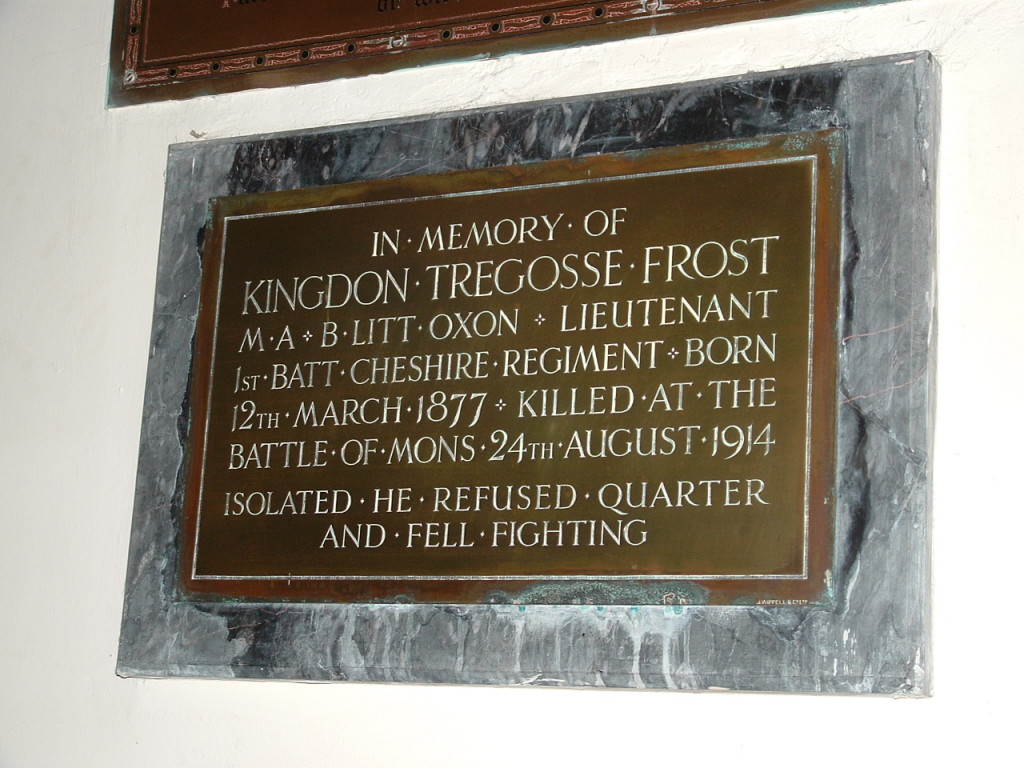