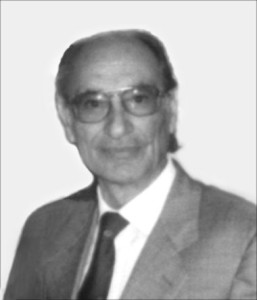 He was a journalist and researcher and wrote a number of books about his native city.

>More details of his journalistic career can be found on the Atlantisforschung website(a).<

He also had an interest in parapsychology and mysteries.

He wrote two books on the subject of Atlantis, L’enigma di Atlantide [0641], locating it in the Atlantic and a few years later published Atlantide Continente Scomparso[0848].