Louis Godart (1945- ) is an Italian archaeologist of Belgian extraction. ” He is a specialist in Mycenaean archaeology and philology and holds the chair of philology at the University of Naples Federico II. He is also currently Director for the Conservation of Artistic Heritage of the Italian President.”(a) 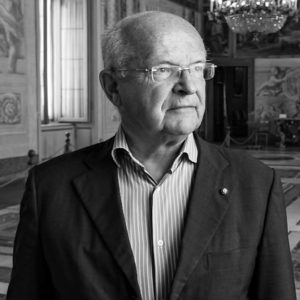 In a short paper in support of Sergio Frau‘s location for the Pillars of Herakles in, Le Collone d’Ercole: Un’inchiesta[302], Professor Godart makes some interesting points

“First of all, in the lists in our possession, there is no place name that can refer, with a minimum degree of credibility, to a toponym located west of the Strait of Sicily. The clumsy attempt, made by some, to consider that the locality of Metapa could evoke Metaponto, foundered when a simple philological approach could determine that the city in question was a simple village of Mycenaean Messinia in the Peloponnese.

Secondly, it should be remembered that, although there are Aegean finds west of the Channel of Sicily, there is not the slightest trace of a Minoan or Mycenaean settlement in the territory of the western Mediterranean.

Thirdly, in the light of eastern documents and also of Egyptian texts, it seems indisputable that the palatial trade, first Minoan and then Mycenaean, took place exclusively in the eastern Mediterranean. After the conquest of Palestine by the armies of the great pharaohs of the eighteenth dynasty, the Aegean states became the privileged interlocutors of the Pharaonic power and proceeded to convey, from the Syrian-Palestinian coast to the Nile valley, the goods that landed in Syrian ports.

From this panorama, it is clear that the Mediterranean West was totally alien to the Aegean palatial penetration. Only a few frightened and poor merchants have, at best, crossed the channel of Sicily to offer on equally poor markets products of Minoan or Mycenaean origin.

For the Aegean populations of the Bronze Age, there is, therefore, no doubt that the bottleneck between Sicily, Malta, Libya and Tunisia divided the Mediterranean in two. The political and economic interests of the Aegeans were all concentrated in the Eastern Mediterranean. The West was a poor and unknown land, culturally backward, alien to the great expansion that had already brought, starting from the sixteenth century a.C., on the coasts of Asia Minor, as in Miletus, the first Greek colonists.

Sergio Frau’s conclusions are therefore admirably combined with these findings dictated by philology and archaeology. Our gratitude is acquired to an author who has not been afraid to reread with a new and enthusiastic eye the old legends of the Mediterranean.”(b)