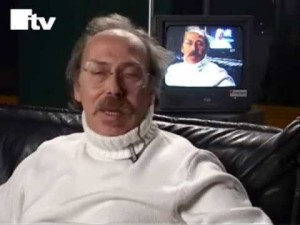 So far, Frau’s book is only available in Italian and from 2008 in German(c).

Frau contends that a catastrophic inundation of some sort destroyed the mysterious ancient civilisation on Sardinia known as the Nuraghi, after whom the numerous ancient towers on the islands are named. A megatsunami around 1200 BC is accepted to have struck from the south. A more specific date on offer is 1175 BC. However, Carthaginian and Roman remains have been found underneath the sediment deposited by this tsunami conflicting with the date and greatly weakening the suggestion that Atlantis was destroyed by this event (i).

A collection of reviews of Frau’s book, in English, is available(k).

In addition,>at the instigation of Alessandro Usai<, 71 Sardinian archaeologists, geologists and historians have signed a 21-point refutation of Frau’s theory(e). Antonio Usai (relation?) has also endorsed the criticism in this document(j).> An English/Italian version of the document is available as Archive 2704.<

So far Frau’s book is only available in Italian and German(c). In 2017, Frau published a sequel to his Le Collone d’Ercole, entitled Omphalos[1553] in which he expands on aspects of his Sardinian location for Atlantis in a hefty 1154-page volume, which once again is currently only available in Italian. He highlights the fact that lying on the 40th parallel, Sardinia is virtually halfway between the west coast of America ((11,359 km distant) and the Pacific coast of Japan (11,350) and so can be truly considered the navel (or omphalos) of the world! It should be obvious that Sardinia is also midway between any number of other paired locations, so what?

>An extensive collection of snippets from Omphalos is also available(l).<