Emad Kayyam is a medical doctor from Jordan and who is also described as a multidisciplinary researcher. He 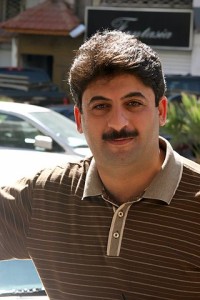 has touched on the subject of Atlantis, locating it in the Atlantic(a). However, after that, I was lost when I found that he was comparing his proposed layout of Atlantis to human nasal cavities! He also compares the human eye with Stonehenge(b) and the tear duct with the Red Sea (d)!  Another gem is his observation that the tilt of the eyeball in its socket is comparable with the tilt of the Earth’s axis(e)!

I cannot understand what he is suggesting or trying to prove, perhaps some of his TV interviews might throw some light on his ideas, but unfortunately the clips are in Arabic(c).