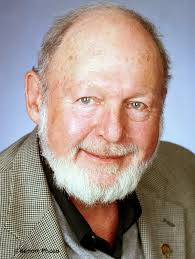 responsible for the In Search of …. books and the associated TV series, hosted by the late Leonard Nimoy. Outside of TV Landsburg had a passion for horse racing.

Landsburg like others in the 1970’s, thought that the Bahamas held the solution to the Atlantis mystery. His own investigations there are outlined in his 1974 book, In Search of Ancient Mysteries[1529], co-authored with his wife, Sally.