views to Felice Vinci regarding the Baltic origins of Homer’s epic tales, Iliad and Odyssey, in his 2012 book, Odysseus: Isse fra Od[1048]. He identifies many of the p 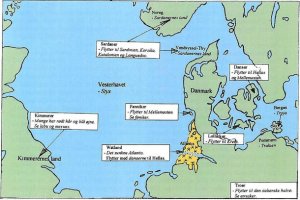 lacenames recorded by Homer with Baltic and North Sea locations.

Larsen has an English language website(a) where many of his ideas are outlined, including an identification of the Pillars of Heracles and Ogygia with the Faroe Islands and Atlantis with the Wadden Sea region of the North Sea(b), Kirsten Bang had suggested the same location for Atlantis a few years ago[679].