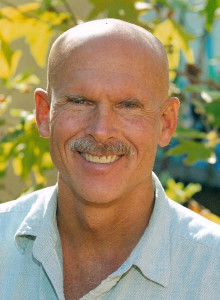 William Lauritzen is a graduate of the Air Force Academy in Colorado Springs. At the age of 21, he received a master’s degree in Industrial Psychology from Purdue University. He was discharged from the Air Force as a pacifist.>He has taught psychology at Los Angeles City College and also taught for 8 years at a national university in China, Xiamen University.<

Lauritzen claims to have been the first, in 1995, to offer the idea that the periodic eruptions of Krakatau on the Sunda Shelf may have eventually developed into the Atlantis story. His website(a) promotes Sundaland as the real location of Atlantis. This view has recently received support from Robert Schoch[455] generally considered an Atlantis sceptic.

In January 2011 Lauritzen published his The Invention of God[745] in which he traces the influence that natural catastrophes such as volcanic eruptions have had on the development of mythologies and religions. Unlike other authors who have sought to explain many mythological references as disguised accounts of encounters with extraterrestrial bodies, Lauritzen prefers to interpret much of the imagery as distorted descriptions of more earthly phenomena such as volcanoes. This makes sense when you consider the infrequency with which comets or asteroids collide with the earth in contrast with the relative regularity and spread of volcanic eruptions.>Lauritzen’s book should be listed under geomythology.<

Lauritzen also published a ‘companion’ to The Invention of God entitled Atlantis 2012[1001]. This short work,>which is no longer listed<, was padded out with extensive excerpts from Critias and Timaeus, is a review of Lauritzen’s contention that Atlantis had been located on the Sunda Shelf before its submergence following the last Ice Age.

>Like many other commentators Lauritzen considers Atlantis to be part fact and part fiction.(b) Although, he did have an article on site regarding Atlantis(a), this has been removed(c)!<