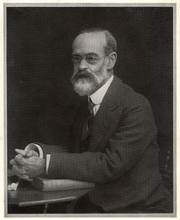 Trinity College, Cambridge. He was a banker by profession, holding the position of chairman of Westminster Bank for the last decade of his life.  He was one of the founders of the International Chamber of Commerce of which he was president in 1925. From 1919 until 1921 he was president of the Institute of Bankers.

However, it was as a classical scholar that Leaf was arguably better known having been president of the Hellenic Society and the Classical Association. He translated Homer’s Iliad as well as works from Russian and Persian, and was fluent in several European languages, including French, Italian and German.

He apparently accepted the reality of Atlantis and was one of a number of writers to note[434] the similarity between Homer’s Scheria and Plato’s Atlantis and opted for Crete as its most likely location.