Peter Marshall (1946- ) is a British philosopher, historian and full-time writer. Included in his output is Europe’s Lost Civilisation [1721], which offers us his interesting overview of the megalithic remains of 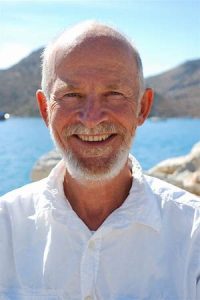 Europe based on personal his personal observation during a voyage from Scotland to Malta.

Marshall, in reviewing Anton Mifsud’s theory of a Maltese Atlantis, dismisses the idea on the grounds that it seriously conflicts with Plato’s date of around 9,600 BC as the date for the demise of Atlantis. He shares with many others a reluctance to challenge Plato’s date in spite of the fact that it conflicts with commonsense and archaeology in so far as Atlantis could not have attacked either Athens or Egypt, as in the tenth millennium BC Athens did not even exist and there is no evidence of any structured society in Egypt. Combined with which is another fact, namely, that all of Plato’s large numbers seem to be exaggerations.

Regarding Atlantis Marshall has decided to ‘sit on the fence’ noting that “Yet while the myth of Atlantis has not been proved, neither has it been disproved, and it must remain a mystery waiting to be solved”