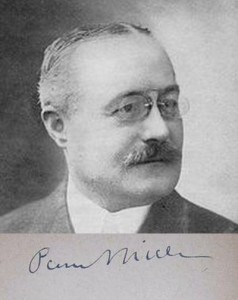 Pierre Mille (1864-1941) was a noted French journalist. In the 1920’s Mille declared(a) that the argan tree, which grows in Morocco, Madeira and Azores was the last survivor of Plato’s Atlantis. He was an honorary member of Paul le Cour’s Atlantis Association.

The fruit of the argan tree was claimed by Michael Hübner to have been the ‘golden apples’ sought by Hercules in the Garden of the Hesperides.