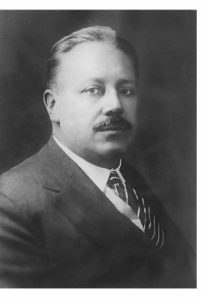 Dmitrii Ivanovich Mushketov (1882-1938) was a Russian geologist who was greatly impressed by the work of Pierre Termier and voiced the view in the 1930’s that the Atlantis had been situated where we now have the Atlantic, which he believed was created in recent times by “subsidence and caving”.

He was described by Zhirov[0458.317] as the first Soviet geologist to express such firm belief in the existence of Atlantis.

Mushketov, along with some of his colleagues, was executed as part of Stalin’s purges.