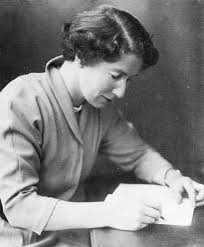 Helen O’Cleary (1910-2006) was an Irish writer(a) who, in her book, Atlantis[494], part of the Pegasus series of books for younger readers, expressed the opinion that the early inhabitants of Ireland may have been refugees, rather than colonisers from Atlantis. She sees the gods of Egypt as having more in common with the Celts than with the pantheons of ancient Greece and Rome.

O’Cleary’s book is just an overview of Atlantis theories and although the author seemed to be sympathetic to the idea of its existence, she failed to express an opinion regarding its exact location.

She also had an interest in astroarchaeology, which led her to an extensive study of an Irish stone circle known as ‘Pipers Stones’ at Athgreany, near Hollywood, Co. Wicklow. She demonstrated that it was a pre-Celtic calendar, details of which she published in Athgreany Stone Circle[1205].