Massimo Rapisarda is an Italian physicist from Catania in Sicily, who has opted for the 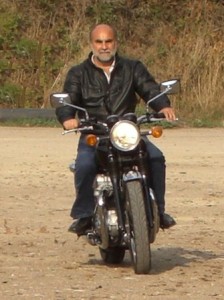 as the location of the Pillars of Heracles and that Atlantis itself was Sicily with its capital situated in the vicinity of Marsala on the western end of Sicily. This city is located on the site of Lilybaeum, the main Carthaginian stronghold on the island.

Rapisarda is somewhat sceptical regarding the details of Plato’s story, but accepts that it might have been compatible with an existence in the Central Mediterranean at the end of the last Ice Age. (see his map)

He had a website(a) with a section on Atlantis to which he originally had added an English translation. The link now brings you to an archived copy of the original text.

In 2015, Rapisarda published a paper entitled A Scientific Approach to Plato’s Atlantis[1173]. This extensive document is an illustrated and fully referenced product in which he offers a wealth of evidence to support a literal acceptance of Plato’s early date for Atlantis. The paper, in English, can be freely downloaded(b).

>Rapisarda published a further paper, in English, in 2019, with the inviting title of  Atlantis: A Grain of Truth Behind the Fiction? (c)<