Shu (Schu) was an Egyptian god whose function was to separate the earth from the sky. Shu has been frequently identified with the Greek Atlas. 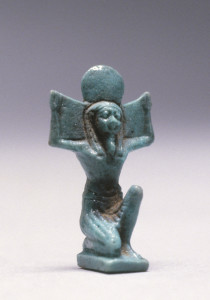 has claimed that he has identified a clear link between the name Iberia and Atlantis. He maintains that Iberia was derived from the Phoenician ‘Yberia’, which means “the island of the God of the Wind or the Air”. He then equates this with the Egyptian Schuty or Schutet – “the country of the God Schu“. Diaz-Montexano follows this with the relationship of Shu to Atlas and consequently is convinced that there is a clear case for identifying Atlantis with Iberia. Diaz-Montexano has promoted the idea of an Afro-Iberian site for Atlantis for some years.