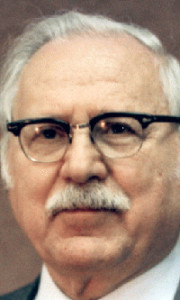 Peter James commenting on Sitchin wrote that “He uses the Epic of Creation Enuma Elish as the foundation for his cosmogony, identifying the young god Marduk, who overthrows the older regime of gods and creates the Earth, as the unknown ‘Twelfth Planet’. In order to do this he interprets the Babylonian theogony as a factual account of the birth of the other eleven planets. The Babylonian names for the planets are established beyond a shadow of a doubt—Ishtar was the deity of Venus, Nergal of Mars, and Marduk of Jupiter—and confirmed by hundreds of astronomical/astrological tables and treatises on clay tablets and papyri from the Hellenistic period. Sitchin merrily ignores all this and assigns unwarranted planetary identities to the gods mentioned in the theogony. For example, Apsu, attested as the god of the primeval waters, becomes, of all things, the Sun! Ea, as it suits Sitchin, is sometimes planet Neptune and sometimes a spaceman. And the identity of Ishtar as the planet Venus, a central feature of Mesopotamian religion, is nowhere mentioned in the book—instead Sitchin arbitrarily assigns to Venus another deity from Enuma Elish, and reserves Ishtar for a role as a female astronaut.“(r)

Additional scathing criticism came from a Christian website claiming that Sitchin had an agenda coloured by his association with the Masonic Order!

Sitchin did not address the question of Atlantis directly until 2004 when he devoted a chapter of The Earth Chronicles Expeditions [0963]+, where he considered the Minoan Hypothesis and found it wanting. He did not propose any specific location but suggested that there was a possible transatlantic connection. In the same chapter three, he discusses at some length the Phaistos Disk and a possible association with Atlantis!  However, his broader views did find favour with a number of fringe Atlantis commentators such as the late Rob Solarion, Andrews and Zeitlmair.

Another follower of Sitchin, Thomas Ashmore, has suggested that some of the Annunaki ‘gods’ were exiled to Scandinavia where their deeds were preserved in Norse mythology(d). Further support came from William L. Saylor in a series of articles(o).

Some of Sitchin’s other books such as The Twelfth Planet [1599]+ and Genesis Revisited [1728]+ are available online.  In 2015, Sitchin’s niece, Janet Sitchin included some previously unpublished material of  her uncle’s in The Annunaki Chronicles[1238]. A rather negative review(h) was offered by essayist Noel Rooney.

J. Douglas Kenyon, the editor of Atlantis Rising magazine, wrote a iew (Issue 5) of Sitchin’s work and its reception by both public and professionals.

(o) The Gods as Architects (bibliotecapleyades.net)

(p) THE FRAUD OF ZECHARIA SITCHIN AND THE ANUNNAKI LIE – WALK AWAY FROM THE NEW AGE: RETURNING BACK TO CHRIST (blogwithrealrevolutionradio.com)