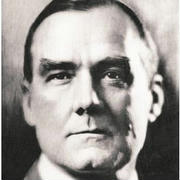 Antonio Snider–Pellegrini (1802-1885), was a French geographer, who, in 1858[555], offered a theory(a) that has been seen as a precursor to that of Alfred Wegner’s concept of Continental Drift, which developed into today’s widely accepted model of plate tectonics. It also appears that he,>along with Roberto Montovani(c),<thought that the Earth had been much smaller at the time of the biblical Genesis(c), anticipating the Expanding Earth Hypothesis!

>Snider-Pellegrini published his theories in La Création et ses mystères dévoilés[555], where he is credited with creating the first representation of the Americas joined to Europe and Africa. This is shown below with the ‘before’ image marked ‘Atlantide’ where Brazil is.<

However, it is claimed that as early as 1620, Francis Bacon was one of the first to note the close fit between eastern South America and the west coast of Africa. Half a century ago, this attribution was heavily criticised by G. L. Herries Davies(b), who claimed that the idea came from a ”careless reading of the text.”

Snider-Pellegrini also added the suggestion that Brazil had been the location of Atlantis. 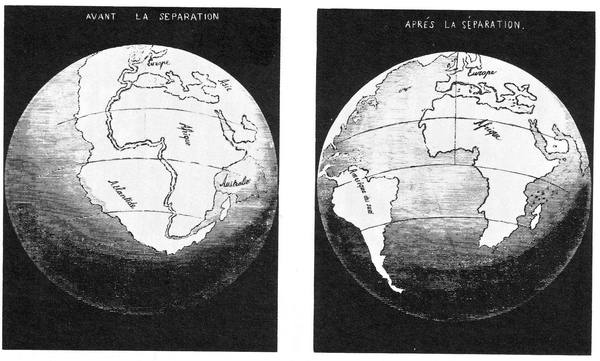