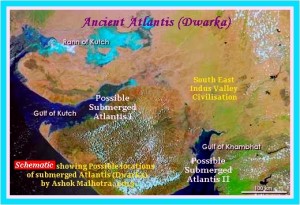 In August 2016, a blogger, possibly Indian, again proposed that Atlantis and Dwarka were mirror images, adding that Krishna and Hercules were one and the same(e), an idea expanded on elsewhere(f).