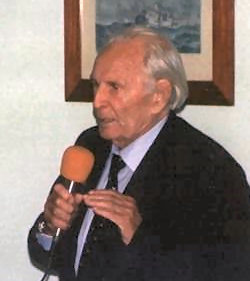 aviator, who took part in the Second World War. However, it was as a diver and underwater explore that he is best known. Arguably his best know discovery was the locating of the sunken Roman city of Baia in the Gulf of Pozzouli.

In 1957, Bucher discovered the ruins of what he considered to be remnants of an ancient civilisation in the vicinity of Linosa, one of the Pelagie Islands. He speculated on a possible link with Atlantis, noting “that the legend of Atlantis handed down by the Greeks just talk about a land that, in past centuries would have to be in the region of North Africa and Sicily.”(a)