Lev Semenovich Berg (1876-1950) was a Russian scientist who developed 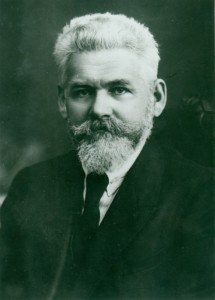 his own theory of evolution different from Darwin’s, which he called ‘Nomogenesis’[0968] and published in 1922. An English translation followed in 1926, which was republished in 1969 and it is this edition that is now available online(a).

In 1928 he wrote an article[162] for Priroda, the journal of the Russian Academy of Sciences, in which he argued that Atlantis had been located in the Mediterranean south of Crete. His views are similar to those of his fellow countryman, Karnozhitsky.