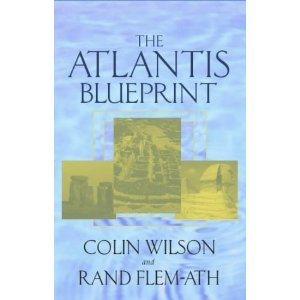 The Atlantis Blueprint[0063] by Rand Flem-Ath and Colin Wilson, is a follow-up to the highly controversial, When the Sky Fell by Rand Flem-Ath and his wife Rose. The focus of this book is on the claimed existence of a worldwide network that incorporates such famous sites as Giza, Machu Picchu, Easter Island etc., etc. The authors claim that these monuments were arranged in a global geometric pattern by an advanced ancient civilisation that included Plato’s Atlantis. This breathtaking idea is not one that I can subscribe to, as it seeks to tie up too many of the mysterious loose ends of ancient history at one fell swoop.