Countess Marcelle Weissen-Szumlanska was a 20th century archaeologist and ethnologist 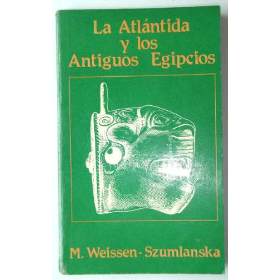 who had a particular interest in the prehistory of North Africa. In 1965 she published Origines atlantiques des anciens Égyptiens[837], which translates into English as Atlantic Origins of the Ancient Egyptians. However, the Spanish version had the title of La Atlántida y los Antiguos Egipcios, which means Atlantis and the Ancient Egyptians. Nevertheless, whichever meaning is correct, the countess clearly claimed that the ancient Egyptians came to the Nile from the west.