George K. Weller is an American farmer, who now lives in Stanstead, Quebec close to the US border. He 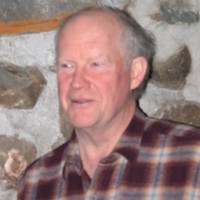 has many interests including ancient history.

He was greatly impressed by the work of Ryan & Pitman, who described the flooding of the Black Sea, through the Bosporus, up to its present depth. He is sympathetic to the idea that this massive inflow of water led to the stories of Noah and the destruction of the Garden of Eden and Atlantis(a).

He has built on the theories of Christian & Siegfried Schoppe, who place Atlantis in the Black Sea. He also identifies Snake Island, also known as Zmiinyl Island, as the site of the citadel of Atlantis and the former home of Mr. & Mrs. Poseidon. He identifies the great Plain of Atlantis with part of the western Black Sea together with land territory that today occupies parts of Bulgaria, Romania, Moldova and Ukraine(b).