Christian & Siegfried Schoppe are a father and son team of German researchers, who firmly assert that Atlantis was located in the Black Sea. More specifically they suggest that Snake Island(b) situated 35 km east of the Danube Delta, was the location of the Atlantean capital. Snake Island has also been referred to in a Russian website(c) that discusses a Black Sea Atlantis. It includes a number of video clips with Russian dialogue.

Snake Island has also been adopted by George K. Weller as the location of Atlantis(h).

Their contention is that before 5500 BC there was a great plain in the northwest of the area, now occupied by the Black Sea, which was then a much smaller freshwater lake. Atlantis in their view was situated on what was formerly the shore of this lake. The Schoppe’s echo the 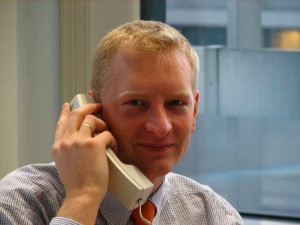 view of Ryan and Pitman who were probably the first in 1998, to advance the idea that around 5500 BC the barrier at today’s Bosporus broke open due to the rising world sea levels and raised the level of the Black Sea, flooding a huge area of cultivated land, an event that lay behind the story of Noah’s Flood.

The Schoppes, on the other hand, identify this flooding of the Black Sea with the flooding of Atlantis and maintain that the Pillars of Heracles are located at the Strait of Bosporus. They further suggest that the Orichalcum mentioned by Plato was in fact obsidian that used to be a cash-equivalent at that time and was replaced by the spondylus shell around 5500 BC. This geocatastrophic event, according to the Schoppes, led to the Neolithic diaspora in Europe which also began around 5500 BC.

They also claim to have identified the location of the ten kingdoms of the Atlantean empire through an investigation of placenames for both meaning and sound. The theories of the Schoppe’s are contained in their book, Atlantis und die Sintflut [186] and outlined on their website(a).

In 2005, the Schoppes offered their theory to the Atlantis Conference on Milos and published their presentation online(g).

In a short paper(f), the Schoppes also compared the effects of the fall of Rome with the consequences of the demise of Atlantis.

The Atlantis theory of the Schoppes, along with many others matches many of the clues offered by Plato, but for me, I find it difficult to understand how an Atlantis situated east of Athens and north of Egypt in the Black Sea could attack them from the west! In fact, what Plato said was that the invasion came from the Atlantic Sea (pelagos). Although there is some disagreement about the location of this Atlantic Sea, all candidates proposed so far are west of both Athens and Egypt (Tim.24e & Crit.114c).