William Blake (1757-1827) an eccentric English poet and artist, had his own distorted vision of Atlantis 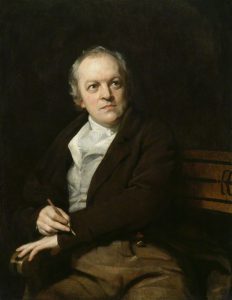 in which the legendary British King Albion had once ruled Atlantis before it was destroyed by a deluge, leaving as remnants, the British Isles. The author Anthony Roberts was very taken with Blake’s poetic view of Atlantis and frequently quoted him.

George Mills Harper (R.O. Lawton) (1915-2006) was a Distinguished Professor at Florida State University, who has written a paper on Blake’s interpretation of the Atlantis story and how he was influenced by the work of Thomas Taylor(a).