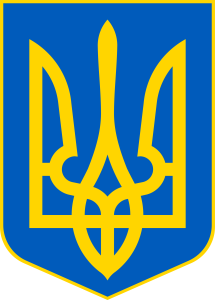 Ukraine has not escaped the attention of Atlantis seekers. The state symbol is a stylised trident, the emblem of Poseidon. The use of this icon can be traced back to at least the first century AD.

A recent book[138], by Whispering Wind and the late Flying Eagle and claims to have identified the Sea of Azov, north of the Black Sea, as the resting place of Atlantis. They further identify the Acropolis of Atlantis with the Hill of Mithridat in the presentday Crimean city of Kerch. In addition, our feathered friends assert that the Mediterranean did not burst into the originally smaller, freshwater Black Sea but that the Black Sea rushed into the Mediterranean. This would have been fine except that as you plunge deeper into the book’s website(a) you encounter benign alien astronauts establishing Atlantis and so on.

The book has only 168 pages but contains over ‘200 colourful images, graphics and maps’, which certainly leave little space for any useful text. The authors are best described by the blurb on the website for the book; “Flying Eagle, great grandson of the famous American Indian Chieftain, Quanah Parker, is a dynamic lecturer, a philosopher, a geologist, an artist, an astrologer and an ad-lib piano composer. Whispering Wind is an artist, counsellor, a dancer, an actress and an adventurer. These two inseparable scientists have extensively researched throughout the entire Earth, to finally solve the world’s greatest mystery; the location of the ancient civilization of ATLANTIS. This 28 year research has opened doors into the innumerable quandaries of almost every field of science. Their research has created a demand for seminars and lectures. They are formulating the nucleus of a worldwide cultural superstructure; The Cosmic Vortex family. This rapidly expanding multinational family is composed of dedicated persons who possess a strong desire to find their true identity and purpose, to facilitate the harmonious rejuvenation of our cultural heritage and to restore balance to our beautiful Earth and ATLANTIS-MOTHERLAND”. This is definitely one for the feeble-minded!

*Ukraine is also home to the Association of Ukrainian Mythologists and Atlantologists (AMAU)(b). The site includes a few interesting papers (use your translator), but unfortunately the content does not appear to have been updated for some time.*