Klaus H. Aschenbrenner was born in 1932 in Germany and works as a software architect in Vienna.  He is the author of two books[080][081] on Atlantis in which he supports the view that a collision with an asteroid in 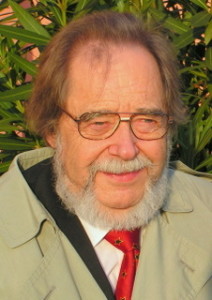 the Atlantic around 10500 BC caused the demise of Atlantis.*He wrote a short paper(b) outlining his reasons for arguing against the Azores as the location of Atlantis, although he had previously supported that idea.*

In 2011 he published a paper(a) entitled Gizeh und die erste Hochkultur (Giza and the first advanced civilization) in which he adds his support to the idea of a much earlier date for the Sphinx than is conventionally accepted. He associates the erosion of the Sphinx with increased acidity in rain caused by a cometary impact around 7600BC, which has been identified by Alexander Tollmann. English readers can use their Google translator.