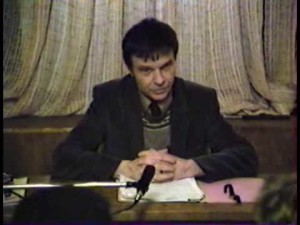 the esoteric and ancient history. He is the author of L’Atlantide des géants[0143] in which he touches on the Guanches of the Canaries, Bimini, Crete and Mexico.

Earlier he had authored a science fiction dictionary, Les archives de l’insolite, in which, before Richard Firestone, he commented on a catastrophic period in the earth’s prehistory around 10,000 BC and was quoted by Michel-Alain Combes(a).

“A series of catastrophes which took place around the year 9,000 or

Tradition and modern science are in agreement. Let’s list these

cataclysms: in Europe, the end of the last ice age, maybe as a

North; in compensation, a drying up of the Sahara was started or

accelerated; probable end of the archipelago of Atlantis; in East Africa,

a sudden sur-elevation of mounds,and disappearance of an interior sea

archipelagos in the Pacific Ocean (and isolation of the famous Easter