Mauro Biglino is the Italian author of many controversial books about our ancient past. Like Felice Vinci, he maintains that the 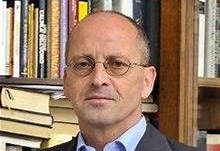 Baltic region has played a more important part in our prehistory than is generally accepted. While Vinci has focused on the Baltic as the source of Homeric epic tales, Biglino has sought to link many biblical episodes with the Baltic. Two books [1907][1908] in particular co-authored with Cinzia Mele, highlight their theories, but unfortunately, both are, so far, available in Italian only. However, papers associated with these books translate well with the MS Edge translator(a).

My interest in Biglino’s work was to the extent that it dovetailed with the theories of Felice Vinci, beyond that, please note that Biglino is an ancient astronaut fan in the mould of Erich von Däniken

>Atlantisforschung in a review(b) of Biglino’s work noted the following rhetorical questions put forward by the author (1) Was the god Yahweh just one of many gods who landed on our planet thousands of years ago and then exercised dominion over the earth? (2) Was he so opposed to the worship of other gods because of a dispute over supremacy that sometimes escalated into great wars? (3) And are we ourselves possibly the result of gene experiments that took place on earth back then because the gods needed a race of servants? This should give you an idea of Biglino’s line of thought.<

(a) The Baltic Gods of the Bible – The Israel You Don’t Expect – The Tapestry of Time (larazzodeltempo.it)