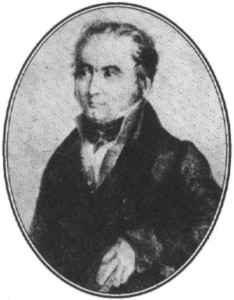 Antoine Fabre d’Olivet (1768-1825) was a French polyglot with knowledge of a number of oriental languages. D’Olivet had participated in a foiled assassination plot against King Louis XVI in 1789 and is described as a mystical advisor to Napoleon Bonaparte

He promoted the idea that the white races originated in the Arctic region and gradually spread southward. These ideas would appear to have been a precursor of some of the daft racial concepts of Blavatsky and eventually the even more bizarre notions that led to the Nazi ideas of their racial superiority and their origins.

In 1801 d’Olivet expressed his view that Atlantis had been located in the Western Mediterranean. He also claimed that a ‘sudden movement of the terrestrial globe’ created the flood that submerged Atlantis*and that the Hebrews were the successors of the Atlanteans. D’Olivet is generally considered to have been a fantasist.*