An Aryan Atlantis was proposed by Ignatius Donnelly in his famous 1882 book(a), selectively employing biblical texts and a variety of mythologies to support his view.

Donnelly also promoted the popular 19th century idea that India was subjected to an invasion by Aryans from the northwest. This idea is still debated today with opponents of the idea, such as the American-born Vedic scholar, David Frawley, who see the Aryans, not as invaders but indigenous Indians[0817]. Graham Hancock quotes Frawley extensively in support of his ancient civilisation views.

The term ‘Aryan’ was also used to describe one of Blavatsky’s imaginary ‘root races’.

Today the term is primarily used to describe the family of languages known as Indo-European. Unfortunately, the word has also a dark side to its history, with its arrogation by the Nazis to describe their ‘master race’.

Heather Pringle “is a Canadian science writer who specializes in

archaeology.” She has written many articles as well as a number of books and has her own website(a). Among her work is the prize-winning The Master Plan[0032], in which she charts the work of the Nazi Ahnenerbe, founded by Himmler, “whose mission was to search for the lost civilization of an ancient master race.” Included in this fascinating book is an interesting account of the Hermann Wirth’s obsession with Atlantis in the North Atlantic as well as Edmund Kiss’ work at Tiwanaku in Bolivia.

*[A recent paper(b) by Pringle and Krista Langlois offers evidence that the Bering Strait during the last Ice Age was in fact a vast area of land the size of Australia and that it provided a crossing point, for humans and animals earlier and for longer than previously believed.

Pringle has also turned her attention to the Vikings in an interesting National Geographic article(c).]* 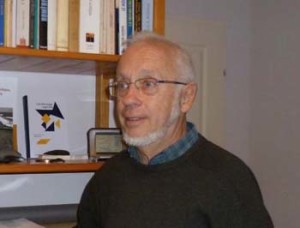 Vrilology is defined by the Church of Vrilology website(a) as  “the practice of harnessing the Life Force that we share with the Gods, which we call, Vril, through the practice of Seither and Galdor sciences.” This cult claims to trace its origins back to the old Norse religion which they describe as a pan-European religion and which they claim will have the most meaning for people of European ancestry. They also claim that they trace their philosophy back even further to around 10,000 BC when the ‘Gods’ visited a group of Caucasian people living around the Black Sea imparting to them the secrets of Vrilology which enabled the group to develop into ‘supermen’ which led to the development we call Atlantis!

The only reason that I have included any mention of this silly pseudo-religion is that their website has a lengthy article(b) about the Black Sea Atlantis including material from Ryan & Pitman and the Schoppes.

Reading through the Vrilology website and despite its frequent protestations, I could not help feeling that there was a neo-Nazi undertone to the entire cult. My feelings appeared justified by an American site criticising certain cult members in New Jersey. Another site confirmed my misgivings(d).

Another site(e), heavily laced with bovine manure, offers a way into our hollow earth using a ‘vril generator’, which of course can be bought through the site.

An account(f) of Vril, mediums, Nazis and the link to the Aldebaran solar system will provide you with some light relief. Equally entertaining are the pathetic attempts by some New Age nutters to try and associate Nikola Tesla with vril(g).

Nevertheless, this vril nonsense has now been expanded by Xavier Séguin, who suggests that megalithic dolmens and menhirs can generate vril energy, which can be used to expedite the maturing of wine(i)!

Laurence Austine Waddell (1854-1938) was a British surgeon, philologist and amateur archaeologist as well as a Professor of Chemistry and Pathology among other accomplishments. He was fascinated by the Sumerians who had been rediscovered in the 19th century. He identified the Sumerians as Aryan and even went so far as to claim Sumerian/Phoenician [1943]+ ancestry for the Britons, Welsh, Anglo-Saxons, Irish-Scots, Early Germans and Scandinavians[814.6]+!

The Edda is generally accepted as an important source of Norse mythology. However, in 1930 Waddell published British Edda[815]+ claiming that the text had been originally composed in Britain.

>In 1925, Hermann Wieland claimed in Atlantis, Edda und Bibel[816]+ that Atlantis had been an ancient German homeland. An English translation was produced in 2016 [1944] by an Australian right-wing publisher. This sort of literature laid the foundation for some of the twisted political ‘theology’ of the Nazis.< 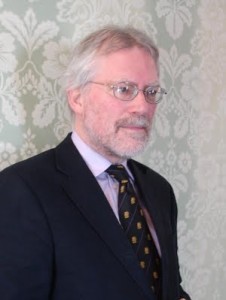 Ivar Arthur Nicolai Lissner (1909-1967) was born in what is now the Latvian city of Livani. After an unhappy sojourn in Russia the family returned to Riga, the Latvian capital and subsequently moved to Berlin. He joined the Nazi Party in 1933 and remained with it in spite of the fact that the Gestapo spent three years trying to prove his father’s Jewish ancestry until they dropped charges in 1940. Lissner had moved to Japan acting as a press attaché, in reality a double-agent for both the Nazis and the Soviets. Eventually, he was accused of being a Soviet spy and imprisoned and tortured but eventually acquitted by a Japanese court and released before the end of the war.

After the war be developed his career as a journalist in Germany and France. He had authored a number of books before the war and continued writing afterwards. Two of his later books have been translated into English which deal with ancient civilisations, The Living Past [726] and The Silent Past[725]. He supported the idea that Tartessos in Spain had been Atlantis, and extensively cites the work of Adolf Schulten in support of this contention.

Rudolf John Gorsleben (1883-1930) was an occultist concerned with 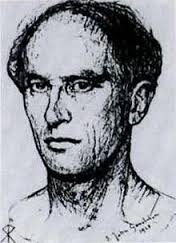 Germanic origins and rune magic and was associated with the Thule Society, which was later absorbed into the Nazi Party. Gorsleben subsequently founded the Edda Society. He believed the location of Atlantis had been in the Arctic regions [1692.50]. 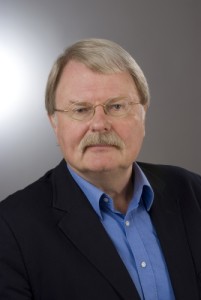 Arn Strohmeyer (1942- ) was born in Berlin and now lives in Bremen. He is a journalist and author of a number of books, of which three, in German, relate to Atlantis. All three include views on the background to the place that Atlantis had in the thinking of the Nazis. His first book[557] looked at the theories of Jürgen Spanuth and his last offering[559] disputes the conclusions of Eberhard Zangger who identifies Atlantis with Troy. He also offers a German language website(a).

Strohmeyer has recently been accused of anti-semitism(b) to which he responded that “I have never questioned Israel’s right to exist and never will.” adding that “the allegation of anti-Semitism from certain Jewish circles serves as an instrument to silence critics of Israel’s policies.”