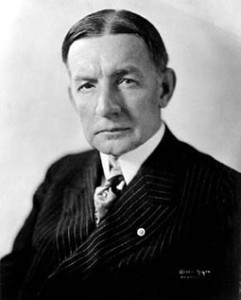 Charles Gates Dawes (1865-1951) was a controversial American politician who served one term as Vice-President to Calvin Coolidge. He was subsequently appointed U.S. ambassador to the United Kingdom.*For his work on the Allied Reparations Commission’s Dawes Plan, a program to enable Germany to restore and stabilize its economy, Dawes shared the Nobel Peace Prize in 1925(a).*

Dawes believed that there had been a connection between Atlantis and the Maya. It appears that while in the UK his interest in Atlantis prompted him to finance a Yale scholar to search the Vatican Library for clues to the solution of the Atlantis mystery.