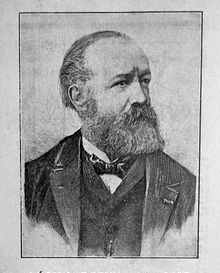 Louis Léon de Rosny Prunol (1837- 1914) was a French ethnologist and linguist, becoming the first teacher of Japanese in France. He also had an interest in pre-Columbian America. In an 1876 book[1253] on the ancient script of the Maya, he identified Central America as the location of Atlantis. In a later volume[1252] he returned to the subject again.