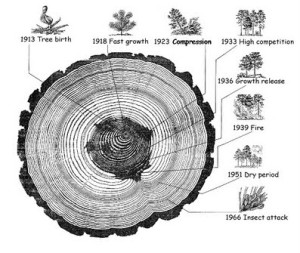 Professor Henri D. Grissino-Mayer, of the University of Tennessee, has a most informative website(a) on dendrochronology,>which along with a 2020 paper from Nate Loper brings the subject more up to date(g).

For the sake of balance, I have included a link to a creationist website debunking dendrochronology.(h)