Mike Baillie is an Emeritus Professor of Palaeoecology in the School of Archaeology and Palaeoecology, Queen’s University, Belfast. He is a dendrochronologist[113] of world renown, who outlined in his recent book [111] the evidence for catastrophic encounters with asteroids or comets over the past five millennia that opened a whole new chapter in the search for the truth about our past. Baillie ascribes these events to 2354-2345 BC, 1628-1623 BC, 1159-1141 BC, 208-204 BC and 536-545 AD. He touches on a number of 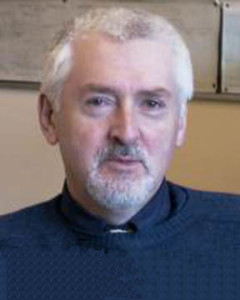 legendary and historical events such as the Deluge, the Exodus and King Arthur, but seems to studiously avoid any direct reference to Atlantis. Nevertheless, his theory in conjunction with the suggestions of writers such as Emilio Spedicato enhances the possibility of the destruction of Atlantis being a consequence of a more widespread catastrophe.

In 2004 it was revealed that a very large comet or asteroid, estimated to be ¾ of a mile in diameter, crashed into what is now Germany. The date is calculated at 200 BC, which coincides with one of Baillie’s dated catastrophes. A crater field stretching from the town of Altoetting to Lake Chiemsee is all that remains today.

Perhaps even more relevant to our study was a PowerPoint presentation(b) from Baillie to a Quantavolution Conference in Athens in 2011, which offered compelling evidence for a catastrophic event in 2345 BC. His data reinforces the work of George Dodwell who demonstrated with his study of ancient gnomons, decades earlier, that something dramatic happened to the rotational axis of the Earth in 2345 BC, which is possibly the same 2346 BC encounter with a comet proposed by William Whiston in 1696. At the same conference Baillie also presented evidence for dating the eruption of Thera to 1628 BC.

Baillie is also co-author with Patrick McCafferty of a fascinating work[112] that reinterprets some of the heroes and gods of Celtic mythology as a coded account of our ancestors’ observation of a close encounter or impact of comets with the Earth. However, Baillie’s books should be read in conjunction with an equally compelling volume[148](a) by David Talbot and Wallace Thornhill who offer a complementary but rather than conflicting interpretation of early man’s perception of highly visible cosmic events. Talbot and Thornhill have linked ancient myths and thousands of petroglyphs with their view of an electric universe, where large-scale plasma phenomena were witnessed and recorded by preliterate man. Their book has drawn extensively on the work of Dr. Anthony Peratt, who has gathered and classified an enormous database of petroglyphs from all over the world(d) that are apparently a record of celestial demonstration(s) of plasma physics.

Nevertheless, Baillie also has his critics, particularly in relation to his attitude towards proponents of the ‘New Chronology’ such as Peter James and David Rohl(c).