Kenneth L. Feder is a professional archaeologist, author, and prominent 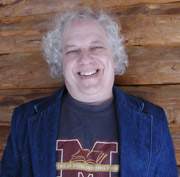 Atlantis sceptic. Professor Feder says he makes one demand of Atlantis enthusiasts. “My rule is you can’t even use the word Atlantis in a sentence unless you can tell me you’ve read Plato.”

>Feder is best known for his book Frauds, Myths & Mysteries [295] , which is now (2021) in its 10th edition. Recently, Thorwald C. Franke has published a critique of this popular book(a). It will be interesting to see if Feder responds to Franke’s contribution to the debate.<

Despite of his disbelief, Feder regularly uses Plato’s Atlantis account for lecture purposes, inadvertently highlighting the widespread significance of the story.

However, there is one point on which I can partially agree with Feder, when he noted that, “The geology is clear; there could have been no large land surface that then sank in the area where Plato places Atlantis. Together, modern archaeology and geology provide an unambiguous verdict: There was no Atlantic continent; there was no great civilization called Atlantis.”