Eddie Weaver is the author of The Antediluvian Signature: Atlantis [1724]. In this 36-page book, the author attempts to justify his claim that Atlantis lay a few miles south of Jamaica at an underwater feature known today as Pedro Bank! He is highly dependent on Google Earth images combined with a few quotes from both Plato and Edgar Cayce. Weaver makes no attempt to explain either how or why Caribbean Atlanteans would attempt to attack Athens at the far end of the Mediterranean, which is nearly 10,000 km away. The idea is nutty and the booklet itself is overpriced. 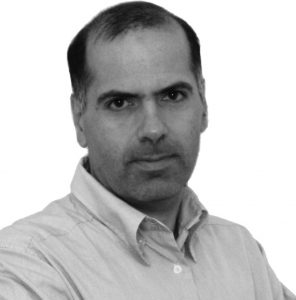 Origin of the Atlantis Narrative

The Origin of the Atlantis Narrative is declared by Plato to have been Egyptian as it was brought to Athens from Egypt by Solon. This is the almost universally accepted provenance of the story. However, other suggestions have emerged from time to time.

Felice Vinci, who is probably best known for his Homer in the Baltic believes that the origins of most of Greek mythology are to be found in northern Europe.

Another even more exotic claim(a) is that Plato’s Atlantis story was a reworking of the destruction of Lankapura as recorded in the Ramayana(b), one of the two great Hindu epic poems.

Dhani Irwanto claims that its origins lie in Indonesia and were later carried by refugees to Egypt, presumably via the Indus Valley and Sumeria!

Ashok Malhotra believes that the Atlantis tale originated in the Indus Valley(c), inspired by the submergence of Dwarka, and then moved westward via Sumeria.

R.K. & Martini Fisher are the authors of Time Maps[1372], in which they outline the chronology of human development. They touch briefly on the subject of Atlantis and concluded that if Plato’s date of 9600 BC for its demise is correct, then Spartel Island would be the best candidate for its location.

P. Philip Flambas is the Australian author of Plato’s Caribbean Atlantis[1368]. The self-explanatory title makes Dr Flambas’ objective clear. The book was published in Australia and is a hefty 932 pages and is also available as a Kindle ebook. The book is so enormous that a full critique would require another book. He outlined his theories on the Ancient Origins website(b).

In my opinion, the book has many flaws and is just a case of quantity masquerading as quality. One of my first gripes is that the author places Atlantis in the 10th millennium BC, a period during which there is NO archaeological evidence for any structured societies in either Egypt or Athens.

Even more ridiculous, is his suggestion that the Atlantean Empire was centred in the Caribbean and included what are now the U.S. states around the Gulf of Mexico, all of Mesoamerica and all the countries along the northern coast of South America. Then realising that Plato had also described Atlantean territory that included parts of Europe and North Africa, Flambas added them as well for good measure. Flambas accepts that the Atlantean territory included parts of Europe and North Africa but that, apparently unknown to Plato, the capital of this empire was in the Caribbean! I don’t find that credible, but readers will have to decide for themselves.

Eleven millennia later, Europe could not keep control of its American colonies even with improved navigation, vessels and weaponry, so how did his Caribbean Atlantis manage the control of its European territory?

Furthermore, Flambas is incorrect in saying that Plato noted that part of Atlantean territory extended as far as the Tyrrhenian Sea, in fact, he said that they controlled as far as Tyrrhenia (Timaeus 25b & Critias 114c), in other words, they held part of southern Italy. Even without that, if parts of the Western Mediterranean had been occupied by Atlanteans from the Caribbean, it is hard to believe that some knowledge of the existence of the Americas was not well known throughout the whole Mediterranean region, sailors not being known as the most tight-lipped people. But Flambas claims that this knowledge was not available to Europeans until Columbus, eleven thousand years.

Flambas has a large section on empires and their development through the occupation of contiguous territory, which I fully agree with, yet he proposes that these ancient Atlanteans preferred to expand across the wild Atlantic to colonise the Mediterranean rather than the easier option of pushing either north into North America or south into the equally valuable South America with shorter supply lines. Expansion across the Atlantic makes no sense.

On a more positive note, as a layman, I think that Dr Flambas has done creditable original work with his “Hydraulic Hypothesis” which relates to a modification of our view of Plate Tectonics. The extensive geological research carried out by him is admirable, but for me, his attempt to link it with Plato’s story of Atlantis is just a speculation too far.

Finally, his book is well illustrated, but to produce a volume of this size without an index is unforgivable. I was also disappointed to find that much of Flambas’ Chronology of Atlantis Theories was copied from this site, including errors, without any attribution!

Flambas has also written on the debate surrounding the abrupt ending of Plato’s Critias(a). He concluded that “rather than Plato leaving the Critias unfinished, a more likely explanation for its abrupt ending is that it was once complete and the remainder was lost, as were thousands of other Ancient Greek literary works. That loss may also include the Hermocrates dialogue, which was possibly the first or final part of a trilogy, or yet another dialogue that would have created four related dialogues.”

In a subsequent online discussion(a) about Flambas’ paper, the most salient opposing comment came from Thorwald C.Franke who proposed that Critias was never finished and “the Hermocrates wrote since there are not any other testimonies from ancient authors. All the other dialogues have left traces in ancient literature.”

>Flambas has produced a trilogy of videos to augment his book. Part 1 is now available on the academia.edu website(c).<

(a) (99+) Discussion: The Incomplete Critias.docx – Academia.edu

Marilyn Luongo is a South African entrepreneur involved in social projects there(b). Her website has an unexpected section dealing with the history of the Middle East(a) of which the second half involves a review of Plato’s Atlantis account. She attempts to link Mesopotamia with Atlantis, beginning with locating the ‘Pillars of Heracles’ at the Strait of Hormuz and then using the highly controversial interpretation of ‘meizon‘ meaning ‘between’ rather than ‘greater’ she proceeds to argue that Mesopotamia is ‘between’ Asia and Libya and therefore is the home of Atlantis!>She cited a paper by Andreea Haktanir who supported this interpretation of meizon(c).<

Isaac La Peyrère (1596-1676) was a French philosopher, lawyer and diplomat. Although brought up a Calvinist, he was later forced to convert to Catholicism. His theological views created quite a stir when he put forward the theory of humans existing before Adam & Eve in an attempt to explain where Cain’s wife came from. He argued that there must have been two creations; first the creation of the gentiles and later of Adam, as the father of the Hebrews.

He published his claims in 1655 in Praeadamitae[1300], upsetting Catholics, Protestants and Jews. Stephen P. Kershaw relates[1410] how Peyrère added the testimony of Solon and Plato to bolster his claim, arguing that if Atlantis in 9600 BC, then humans existed earlier than Genesis suggests.

Some of his ideas are widely accepted today(a).

(a) Were Adam and Eve the first humans? (archive.org) * 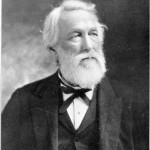 James H. Anderson is a name shared by a number of authors. The person I am concerned with here, wrote Riddles of Prehistoric Times[1281]. He discussed the various prehistoric mysteries that held public attention in the early part of the 20th century. Understandably, Anderson included the subject of Atlantis, which he envisaged as a huge continental sized island in the Atlantic, noting that “Atlantis is not a myth, but was in fact a large island in the Atlantic Ocean, long since engulfed in the seas, during a glacial period.”

*He also includes large sections of Plato’s text and offers a speculative map of Atlantis in which it occupies almost all the North Atlantic(p133).*