Patrick Geryl & Gino Ratinckx are two Belgian co-authors of a work[066] which announced that in 2012 a magnetic pole reversal will suddenly occur causing worldwide catastrophes. 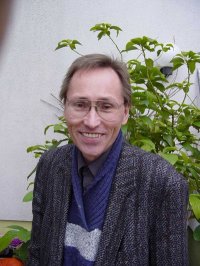 Geryl is a researcher and Ratinckx an archaeoastronomer. They claim that their prediction is based on the writings of the Maya and the ancient Egyptians, whose ancestors they maintain came from Atlantis, which now lies beneath the ice of Antarctica following an earlier pole reversal in 9792 BC. Geryl has gone on to write two further books[067][068] on the forthcoming 2012 disasters and in preparation for it, have purchased property in South Africa where they together with a chosen few, had hoped to survive their predicted calamities.>A few days before Geryl’s doomsday, he cited diabetes as a reason for not going to South Africa!(g)<

Geryl maintained a website(a) where he promoted his theories and related books.

The site was entitled ‘How to Survive 2012’ and surprise, surprise, a search in February 2013 shows the link to be broken. One sceptic had made the pointed prediction that the sale of Geryl’s books would plummet in 2013(b), while another refers to the 2012 hoax(c).>A 2009 posting offered a critical assessment of Geryl’s crazy claims(f).<

Undaunted by the failure of his 2012 predictions, Geryl has continued to issue doomsday warnings, the last being for January 2014(d)(e).