Robert L. Gielow is a retired American aeronautical engineer and a fundamentalist 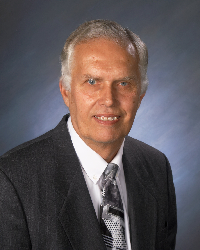 Christian. In his latter capacity, he has written Noah’s Flood[808], which is an attempt to offer a technical justification for accepting the literal reality of the biblical seven days of creation and>Noah’s Ark. He dates the Deluge to 2300 BC(a).<

Not content with advocating one lost cause he devotes a chapter to Atlantis in which he jumps on the slowing bandwagon of Robert Sarmast’s* ‘Atlantis off the coast Cyprus’ theory. He fails to apply any critical thinking to Sarmast’s ideas and accepts them in the same unquestioning manner with which he embraces a literal interpretation of Genesis.