Guatemala in Central America is claimed by Duane K. McCullough as the site of the main city of Atlantis. He states on his website(a) that ‘new scientific research now suggests that the lost Atlantean capital seaport once existed in Central America near a Guatemalan lake named Izabal’ but fails to source the ‘new scientific research’. In his book Spirit of Atlantis, he argues his case, matching Plato’s text with the topography of the area. McCullough points out that west of the modern capital, Guatemala City, lies Lake Atitlán whose name has faint echoes of Atlantis.

>Guatemala was also home to a giant carved head supposedly nearly 30 feet in height and known principally from a grainy 1950s black & white photo. The features shown in the photo are completely different to those of the Negroid characteristics on the giant Olmec heads found in neighbouring Mexico. It is claimed that the remains of the Guatemalan head were tracked down by Dr Oscar Rafael Padilla Lara and David Hatcher Childress in the 1980s(b). They report that the head had been damaged almost beyond recognition by being extensively used for target practice by revolutionaries.< 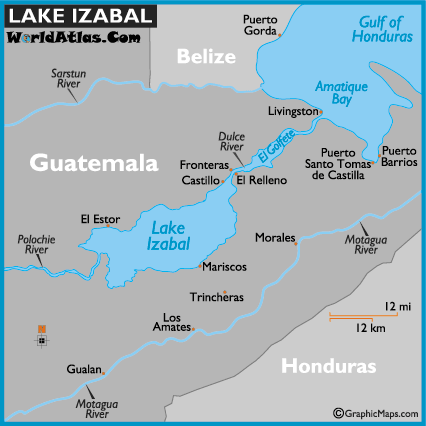 >(b) The Giant Stone Head Of Guatemala: Evidence of an Ancient Advanced Civilization? – Infinity Explorers<