Jean-Michel Hermans is a French ethnologist with a deep interest in the Megalith Builders, who were, he believes, Atlantean. 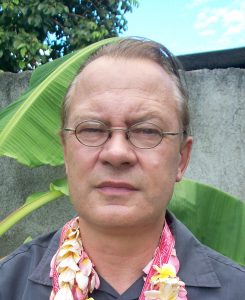 Thus far, Hermans concurs with other French commentators such as Jean Deruelle, Sylvain Tristan and Catherine-Jean Cordeau. He has pinpointed the location of Atlantis as having been situated on the banks of the Sévre Niortese, which is north of the town of Charron and not too far from La Rochelle on the west coast of France.

July 2022 has been a busy one for Hermans with three books published on Amazon.fr, two are mainly concerned with megaliths, while the third is a new edition of J’ai découvert l’Atlantide, all in French.

The French text of Hermans’ original paper entitled J’ai découvert l’Atlantide (I Discovered Atlantis) is available in our archives(a). I have also added an English translation of the end of the document, which is more concerned with his Atlantis comments(b).

>In August 2021, Hermans published Qui était le peuple des mégalithes? (Who were the Peoples of the Megaliths?). In it he claims that the megalith builders of Carnac originally came from the Caucasus. However, he also contends that on their way they stopped in what is now Bulgaria and while there they discovered mathematical relationships such as ‘pi’ and the ‘golden ratio’(c).<