Jelle Zeilinga de Boer is anemeritus professor of geology at Wesleyan University in Middletown, Connecticut and co-author of 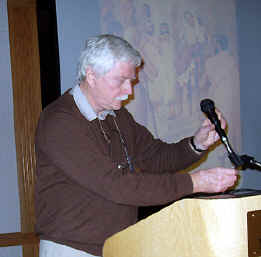 Volcanoes in Human History[681] [together with fellow geologist Donald Theodore Sanders. Chapter three of their book is entitled ‘The Bronze Age Eruption of Thera: Destroyer of Atlantis and Minoan Crete?’ in which they add their weight to the suggestion that the Theran eruption played a part in the development of the story of Atlantis (p.70).

What is remarkable is that the two geologists were apparently so seduced by the Minoan Hypothesis and in spite of Plato’s clear statement that Atlantis was destroyed by an earthquake they were prepared to contradict him and support instead the idea that a volcanic eruption was responsible. They also link the eruption with the Flood of Deucalion. In 2005 they co-authored a companion book, Earthquakes in Human History[0984].

Some of Zeilinga de Boer’s views coincide with those of William Lauritzen as expressed in his recent book, The Invention of God. Haraldur Sigurdsson the volcanologist, has also suggested that volcanic eruptions, particularly Thera, have influenced the development of Greek myths such as Hesiod’s Theogony and Plato’s Atlantis!