John Denison Baldwin (1809-1883) was born in North Stonington, Connecticut. He was an American politician, Congregationalist minister, journalist and anthropologist. In 1871, he had Ancient America[647] published, in which he discussed the origins of the earliest peoples in 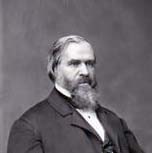 America.>After reviewing the arguments favouring the idea of Phoenician colonies in America, Baldwin concluded that there was no case to answer(b).<

He included in his discussion a review of the theory of Brasseur de Bourbourg who believed Atlantis to have been a large landmass in the Atlantic and whose survivors fled to the Americas and became known to us under many names including the Maya. Baldwin clearly considered de Bourbourg’s theory unproven.

Coincidentally, Baldwin served three terms as a congressman for exactly the same period that Ignatius Donnelly served (1863-1868). I am not aware of any contact between the two regarding their non-political studies.

Baldwin’s book can now be read or downloaded online(a).