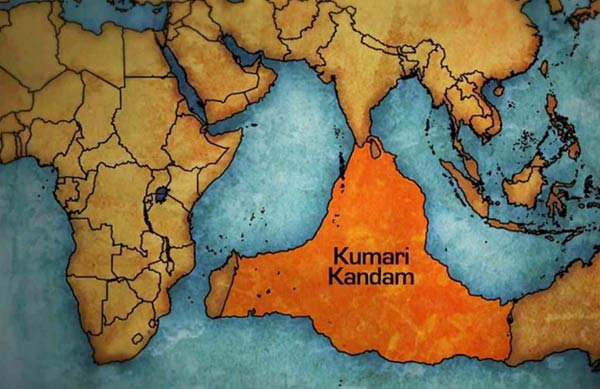 Kumari Kandam is the Tamil name given to a legendary sunken continent to the south of the Indian sub-continent(a) . It is claimed that it was finally submerged after two or three inundations and is frequently associated with the story of Lemuria and its parallels with Plato’s Atlantis have not gone unnoticed. The reality is that low-lying land in what is now the Indian Ocean was inundated at the end of the last Ice Age, just as the Celtic Shelf was submerged in the Atlantic and vast tracts of land in the Caribbean, giving rise to similar flood legends in all those areas.