Louis Emile Gentil (1868-1925), explorer and scientist, was born in Algeria, then a French colony. He was a member of the 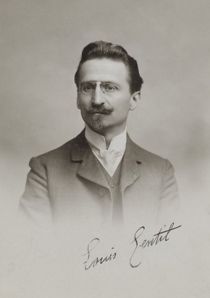 Academy of Sciences. He wrote a book[642] on the geography of Morocco in 1912 and a few years later produced the first geological map of Morocco[643]. Because of hostilities in the area, his mapping was often carried out under military protection.

Gentil was also emphatic that Atlantis had existed and was convinced that it had been located in Morocco. This idea was popular with a number of French researchers at that time and has recently regained support with the work of atlantologists such Bergman and Hübner.