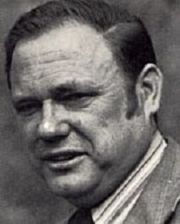 journalist and war correspondent. He is probably best known for his book, Secrets of Lost Races[0612],  in which he recounts ancient mysteries that appear to point to the existence of a technologically advanced race before the biblical Deluge. His offering is rather in the style of Däniken and Tomas, including the claim that these races had mastered flight. What I did find strange is that he never once mentioned Atlantis, although he does quote from Plato! A couple of decades later, he published a sequel, Treasures of the Lost Races[1359], which contains a rather cursory mention of Atlantis!