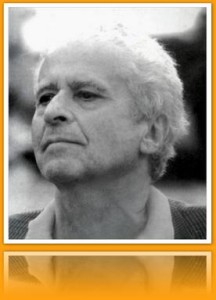 Mario Pincherle (1919- ) was born in Bologna, Italy where he qualified as an engineer. He studied the classical writers and in due course became an archaeologist and a poet. He is also the writer of popular but somewhat controversial books on ancient history and religion.

In collaboration with Luigi Palazzini-Finetti he wrote a book[506] that envisaged the Atlantis story as an allegory of Eden wrapped in the trappings of the Akkadian Empire of Sargon. He also wrote a related book[507] about Sargon, the Akkadian ruler, and more recently a work[508] on the Mandaeans of Iraq who he claims are remnants of the Atlanteans.

Unfortunately most of his writings and his website(a) are in Italian only. However, one excerpt, in English, from his book, La Grande Piramide [1835], is available(b) and offers an interesting theory on the>installation of the huge granite slabs over the King’s Chamber in the Great Pyramid at Giza.<